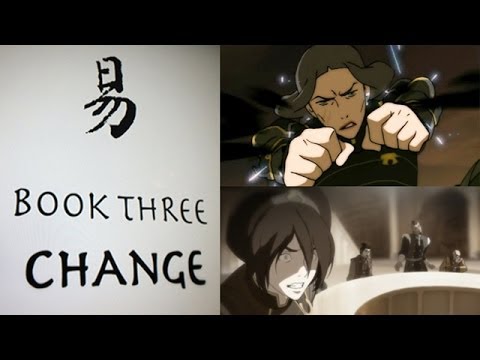 Book Three: Change (?) is the title of the upcoming third book of The Legend of Korra, which will run for a total of thirteen episodes. Set a few weeks after the end of Book Two: Spirits,the nomenclature refers to the changes induced by the energy shift of the planet due to Harmonic Convergence and Korra's battle with the Dark Avatar.