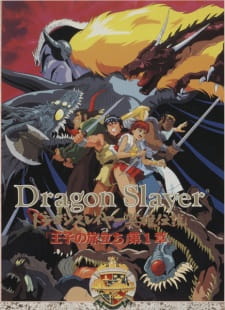 Faaren is a peaceful and happy realm, ruled by a wise King... until the Demon Lord Ackdam overruns the kingdom with his black legions and terrifying dragon, killing the King and capturing the Queen. But the King's young son, Sirius, is swept away to safety and grows to be a powerful young warrior, tutored in the ways of swordsmanship and chivalry by his father's loyal minion, Rias.