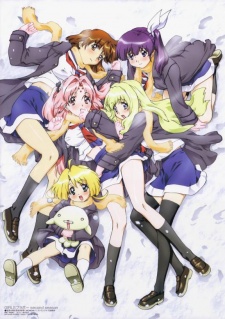 Small for his age, Yukinari has been bullied and abused by girls all his life. Now in high school, he has developed a rare condition: whenever girls touch him, or even come close, he breaks out in hives. Imagine his surprise, when he is suddenly transported to the city of Seiren on a mystic world invisibly orbiting the Earth, and populated with vast numbers of women and very few men. Fortunately, he has a new friend, Miharu-chan, whose touch inexplicably doesn't affect him.