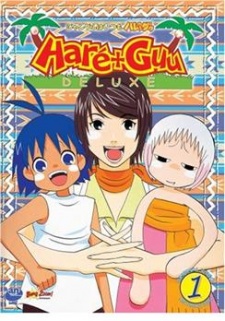 Haré was a happy boy living out his days in the jungle with his mother, but then one day Guu showed up and became a member of their household. Throughout the series he faces many hardships as he tries to keep Guu out of trouble in the jungle.