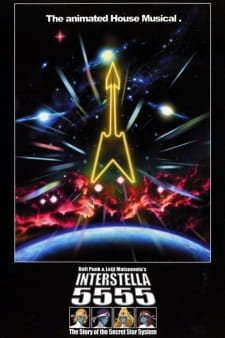 This music video is the visual realization of "Discovery", an album by Daft Punk. It tells the story of a band of four extraterrestrial musicians who are kidnapped and brought back to Earth by an evil manager. Their only hopes lie with a space pilot from their home planet who, after receiving a distress call broadcasted during the abduction, seeks out to rescue them.

Online playWatch online
Play now (Interstella5555: The 5tory of The 5ecret 5tar 5ystem)
Guess You also like the following movies