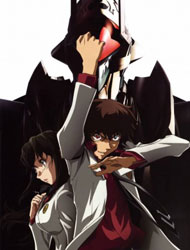 Fourteen-year-old Kouichi Hayase’s life has always been a mediocre one, if not dismal. However, those days of being bullied by classmates and escaping to a fantasy of being a hero are put to an end when a certain “accident” bestows on him a girl and a gigantic humanoid robot called “LINEBARREL”. The extraordinary power that Kouichi obtains puts him and everything around him on a sudden rollercoaster ride of battles, intrigues and friendship! During the course of his adventure, the boy starts to learn what life has to offer; he meets new friends, bids farewell to the old ones, but most of all he now has considerable responsibilities and is forced to confront the world around him.